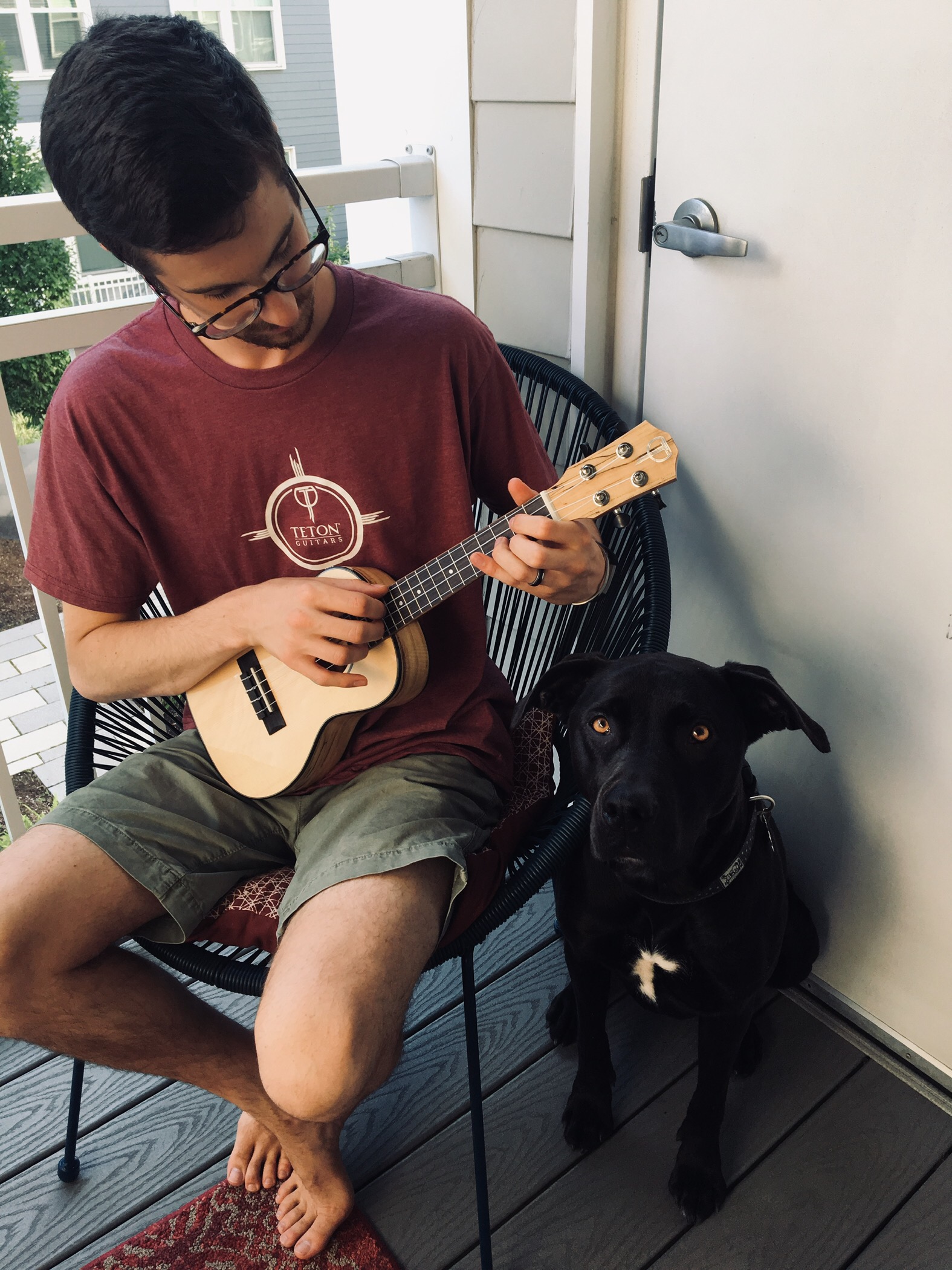 I’ve played a lot of ukuleles in my 10 years of playing. None have compared to the look and feel of a Teton. Truly made with care a Teton ukulele stands the test of time and heavy use. I’ve been playing mine for 5+ years and it still sounds like it did the day I got it. I’ll always vouch for Teton ukuleles because, to them, quality and family matter most.

Born and raised in Utah Connor had an affinity for musical creativity and expressed it in many ways. First learning to play the viola and always asking his teacher for more difficult music to play. His parents got their first piano two years later and tapping out melodies came second nature without any formal lessons. Connor lived on various islands in Hawaii for a time and there he fell in love with the sound and feel of the simple ukulele. He’d ask everyone for pointers and tips on how they played and quickly picked up on this unique instrument.

Later, in the same year he met and fell in love with his wife and Connor arranged his first fingerstyle ukulele piece “Can’t Help Falling in Love With You” originally played by the king himself, Elvis. A version of this song found its way onto YouTube and people loved it! At the request of one fan a tutorial was created and that was the beginning of the journey.

In the same year Connor and his wife Bailee were married, Bailee bought him his first Christmas gift, a Teton electric ukulele. This solid body instrument quickly became the favorite of all ukuleles owned by Connor and can be seen in nearly all his 200+ YouTube videos.

“It was the easiest decision I’ve ever made to partner with Teton” says Connor. “They make high quality instruments at a reasonable price, everyone should play a Teton [ukulele] at some point”.

While Connor has not played any formal concerts or gigs, his videos can be found almost weekly as his YouTube audience grows. Rated in the top 25 ukulele channels on YouTube, it is clear that he cares about not only his audience but the quality of instrument that he plays.