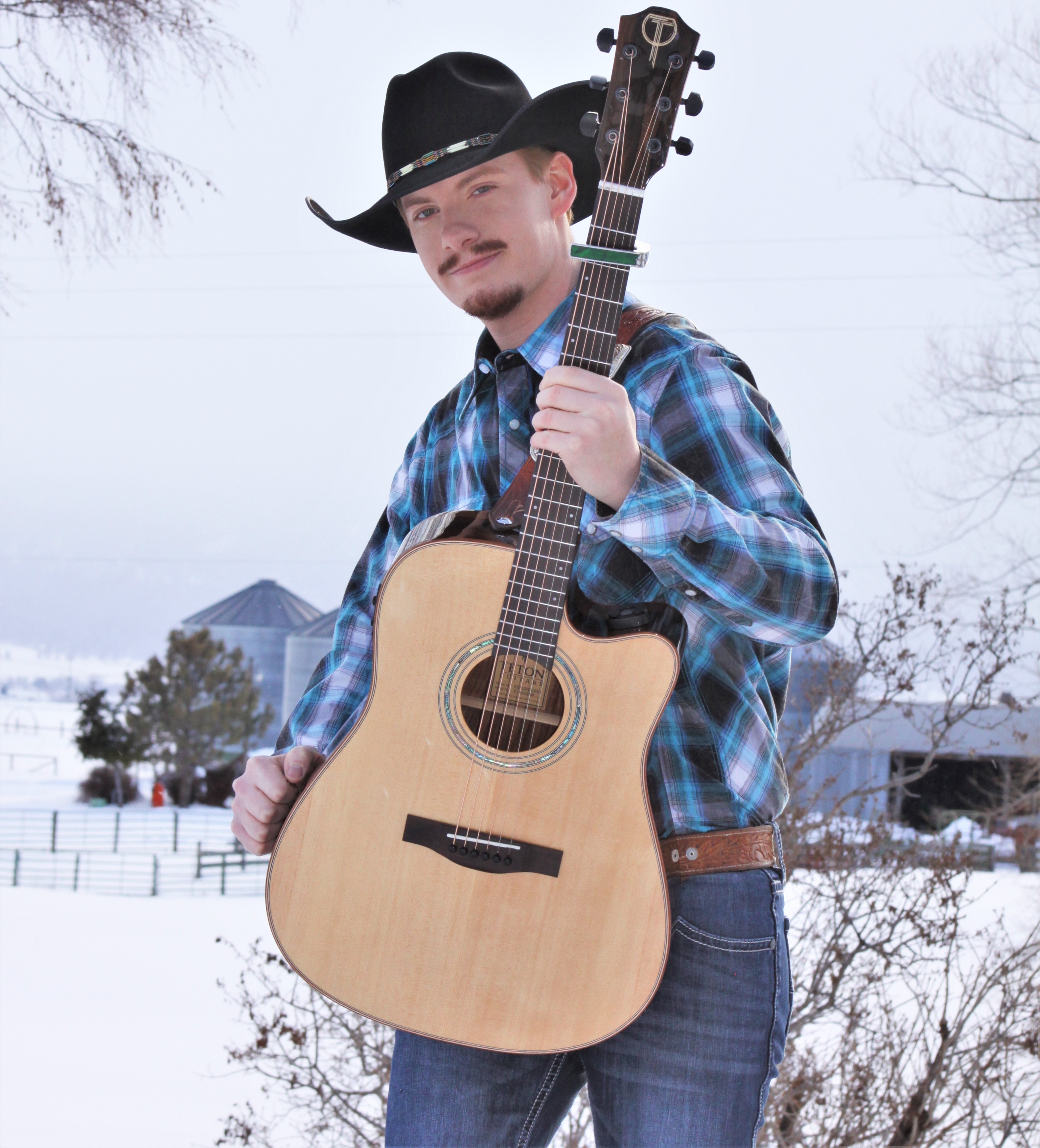 From the first time I picked up a Teton guitar, I was in love!
The tone, the playability, the workmanship, the PRICE…. Teton Guitars are incredible in every way!
I was equally impressed when I got to meet the people at Teton base camp. Their dedication to quality and innovation in making great guitars is unparalleled in what I’ve seen from any other guitar company.
Working with Teton Guitars is nothing short of amazing! I love them!

Cale Moon is a rare breed of turbo charged COUNTRY!
Captivating crowds from the Great Northwest to the Deep South with his intoxicating vocals & magnetic personality.
He combines a high energy performance with laid-back style, customized for every crowd.
He’ll have you dancing & singing along, leaving you wanting more. “Not just making music, making memories.”

Cale’s career in entertainment kicked off in a BIG way! 10 years ago (2009) he was chosen to compete on Team USA in the World Championships of Performing Arts, where over 30 countries compete in Olympic style competition for singing, dancing, modeling and other performing arts.
Cale took on the challenge head-on, learning to play the guitar in just 3 months in order to accompany himself on his original songs, practicing his acting, modeling, and singing for 8-10 hours a day to train for the week of competition.
For Cale, his relentless passion and work ethic paid off in spades!! He became the first American in the history of WCOPA to make it into the Finals in 2 categories, and the first Country vocalist ever in the Finals as well.
In the 14 competitions Cale competed in, he won 7 gold medals, 5 silver, and 2 bronze. In addition, he was awarded two all around champion plaques for Modeling Formal Wear & Best Original Works (songwriting), as well as the title of Junior Grand Champion Actor of The World.
In the short days that followed WCOPA Cale decided the path he wanted to pursue most was Music.
Through the competition his first manager who introduced him to legendary songwriters Steve Dorff & Bobby Tomberlin who helped Caled hone his songwriting skills and co-wrote “A Country Song” with him that was released on his debut album “The Beginning” in 2011.
Two weeks after “The Beginning” released, calls from Nashville came pouring in, one such call led to the recording of Cale’s second album “True Love Waits” in Nashville that released in 2013.
With the response from “True Love Waits” Cale went all-in!! At 18 years old, he pulled up roots, bought a bus and has been touring across America practically non-stop for the last 6 years.

From the inception of his career to now, Cale has always put everything into his music, constantly refining his skills as an instrumentalist, a vocalist, and an entertainer!
Today, you can find Cale Moon tearing up the highways, entertaining crowds everywhere with his own unique style of Country Music!