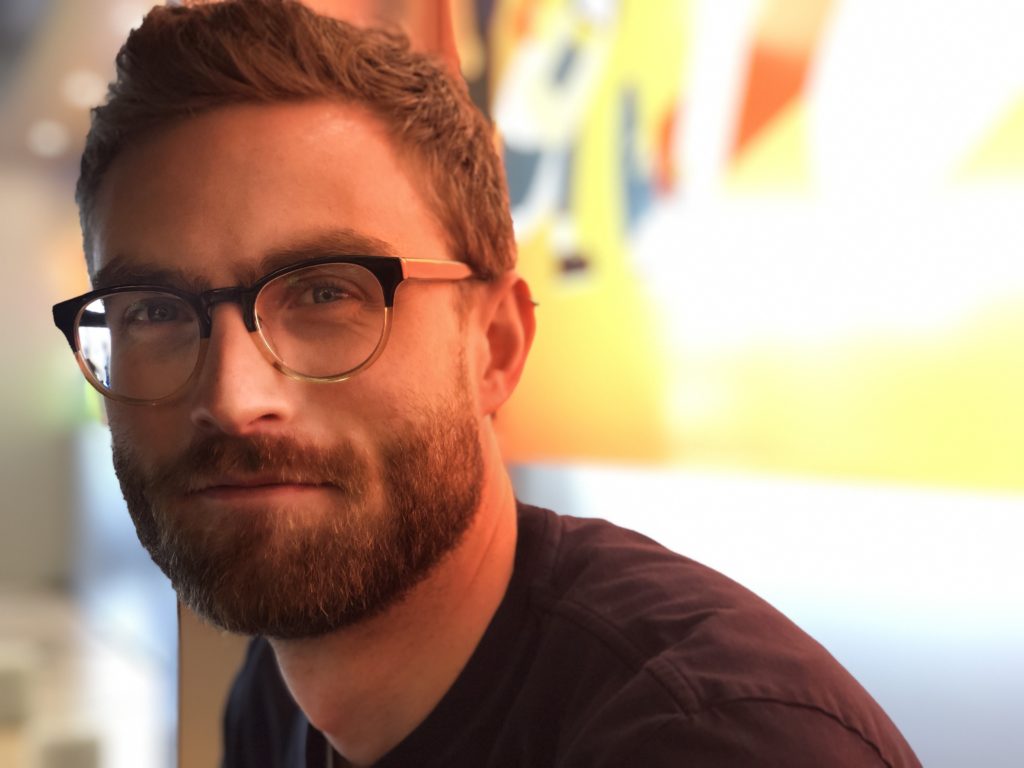 It’s been a wild ride to Teton Guitars.  It all started at a tiny shop in State College, PA where I played one for the first time.  I didn’t buy a Teton that day, but I never forgot that guitar. I found Teton again while traveling in Utah some time later, and this time I did buy my first Teton.  I didn’t know that I was bringing home more than a guitar though.  Through that guitar, I brought home an incredible relationship with some of the most beautiful people on this planet.  These guitars and these people have reignited my passion for songwriting and have never stopped encouraging me to share my music.  This is why I love Teton Guitars and the remarkable family I have gained.  I am honored to play Teton Guitars, and I am proud to be called an Artist.

Adam is a singer/songwriter currently living in Cleveland, Ohio.  He grew up in a musical family in the Chicago suburbs.  As a child, he spent his summers on the festival circuit being a roadie for his dad, who played in a country band.  This experience unlocked the magic of music for him, however he didn’t play guitar until his older brother taught him in 6th grade because he needed someone to “jam with.”  Once he got to a place where he felt comfortable playing for people, he joined the band at church where he played alongside his brother and his dad.  This created many opportunities for him, from meeting future bandmates to being the opening act for some big artists that performed concerts at the church.
Music began to take off for Adam while he was in high school.  He started playing guitar and singing backup vocals in a band that played nearly every weekend. Their band was even featured in a full-page spread of a Chicago newspaper.  In his Junior Year of High School, he was able to join his dad in performing the National Anthem at Wrigley Field, a tradition that still continues today.
After high school, Adam formed an acoustic trio with his brother, Nathan, and Sister-in-Law, Becca.  Their trio, now named Three Way Stop, features tight harmonies and they play both originals and acoustic versions of their favorite songs.  While in Chicago, they played in some of the local bars and at several variety shows, sometimes featuring additional family members.  Their natural harmonies push the boundaries of what acoustic music can sound like and you can now find them playing together again in the Cleveland area.
When Adam moved to Ohio in 2013, music took a back seat for a while.  Having moved away from his family, it took time for him to adapt his relationship with music to something he enjoyed doing solo.  For a while, it was a rollercoaster of starts, stops, and the rare appearance at an open mic night.  Eventually he found a love of writing music, something that he had dabbled with in the past, but had never focused on while living in Chicago.  It was through songwriting that Adam rekindled his passion for playing music.
Now you can find Adam constantly creating new music and sharing it with whoever will listen.  Whether it is playing solo or with his trio, sharing his music with others, live or on social media, has become a regular thing.  Being comfortable sharing his music has led to some great opportunities, including learning how to and recording his first Solo EP called “Homesick Home” which is set to release later this summer. The title track is an original song he performed at Teton Basecamp in 2018.
Adam loves to share his music with anyone who will listen, whether that’s with one person or the world.  If his songs mean something to one person, that means the world to him. His solo music is more mellow and folky with songs that feel like stories told around a campfire. His solo songs are filled with rustic vibes and fingerpicking, while his group work is more on the country side with a wide range of energy.  His dream is for one of his songs to become the favorite song of a person he’s never met.